The Trail to the Camino de Santiago part 1

What is the Camino de Santiago


The Camino de Santiago or Way of St. James is an ancient pilgrimage with its roots in the 9th century, when a shepherd named Pelayo found remains of a body at a place in a field that he was led to by the stars of the milky way.  The local bishop declared the remains those of The Apostle St. James The Greater and with this the Camino de Santiago was born. 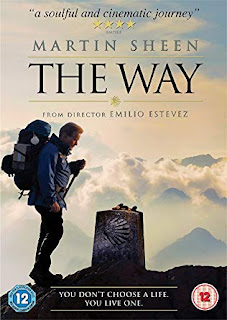 If you would like to know more about the Camino Frances then there is a great film called The Way that shows many of they key parts of the route and also gives a feel for what life is like on the road for the pilgrims. There is also a great book called the Pilgrimage by Paulo Coelho that looks at the spiritual reasons for why people travel the Camino.


The Distances and the challenge

The Camino Frances is 800 km (500 miles). I am aiming to run the Way in 12 days to meet Jo in Santiago de Compestella. We will then walk together to the end the world, which is another 90KM and is known as the Camino Finisterre.

I plan to run between 40 and 50 miles a day.  This is going to be challenging, and will mean that I spend long periods of time on my own. I will be carrying everything I need with me and staying in Albergues(think YHA) and hostels. I plan to set off in mid October.

I feel as though I have been called to travel along the Camino. So there is a big spiritual element to this journey for me. Ever since reading the Pilgrimage, I have hoped to take on the challenge of the Camino. Is it only since becoming a runner that I have wanted to combine the running challenge with the Camino.  There are rumoured to be ley lines along the route. I also think the spirit of past pilgrims will be there with present day pilgrims as I journey along the same route that they also took. As someone who believes in God but not religion, the spiritual side of my life has sometimes been ignored, without the structure of religion to create a routine. So dedicating training time and the actual time to do the route is a way for me focus more on spirituality.  So the Camino is more of a spiritual challenge, than a physical challenge. The reasonably tough physical challenge I have set, will possibly help with my spiritual connection. By pushing myself physically, I hope to enhance the spiritual benefits of taking part in the Camino. I hope those that know me will notice a change after I have completed the Camino. As for what the changes will be, I have some ideas. But I think the Camino has its own ideas on what to do with me :)

I plan to write another 2 posts about the Camino before I set off. The next one will be one for all the equipment lovers out there. As I will be listing all the kit that I intend to carry, what it weighs. What I hope to do for food and water etc.
Posted by Tim at 18:56 2 comments: 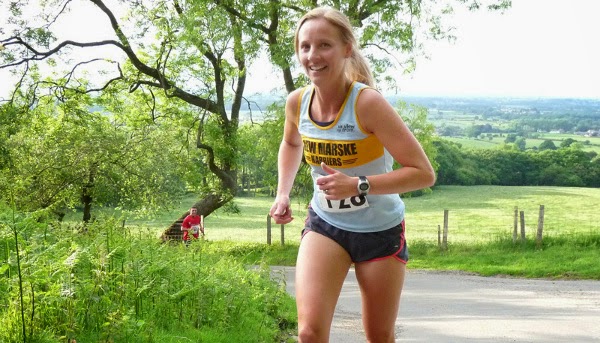 In episode 10 of the Trail Running Podcast we interview the Hardmoors race series legend Shelli Gordon about her training, racing and future running goals.

http://www.trailoutlaws.com/podcast.html
Posted by Tim at 09:57 No comments:

In episode 9 we to talk Traviss Willcox about some of the many 100 mile races he has taken part in the UK and USA.

The latest episode can be access on podcast page http://www.trailoutlaws.com/podcast.html
Posted by Tim at 17:40 No comments:

Hope your training is going well. A more testing recce run for you this time on the 21st March.We will head from Wooler to Morebattle to continue our recce of St Cuthbert's Way. This part of the course is around 21 miles and is far more challenging than the first section of the Way. This recce is suited to someone who is running at least 30 miles a week in training. This section is a personal favourite of mine and is a great training run, in a remote rural area, that passes from England to Scotland with some fabulous views along the way.

We will splint into several pace groups to cater for all runners not put off by this being a 20 mile run in undulating terrain.

We will park most of the cars in Morebattle before heading to Wooler for the start of the run at 08:00am.

If you would like to go along could you please confirm your attendance via this Facebook event https://www.facebook.com/events/1046351182047689 or via an email. 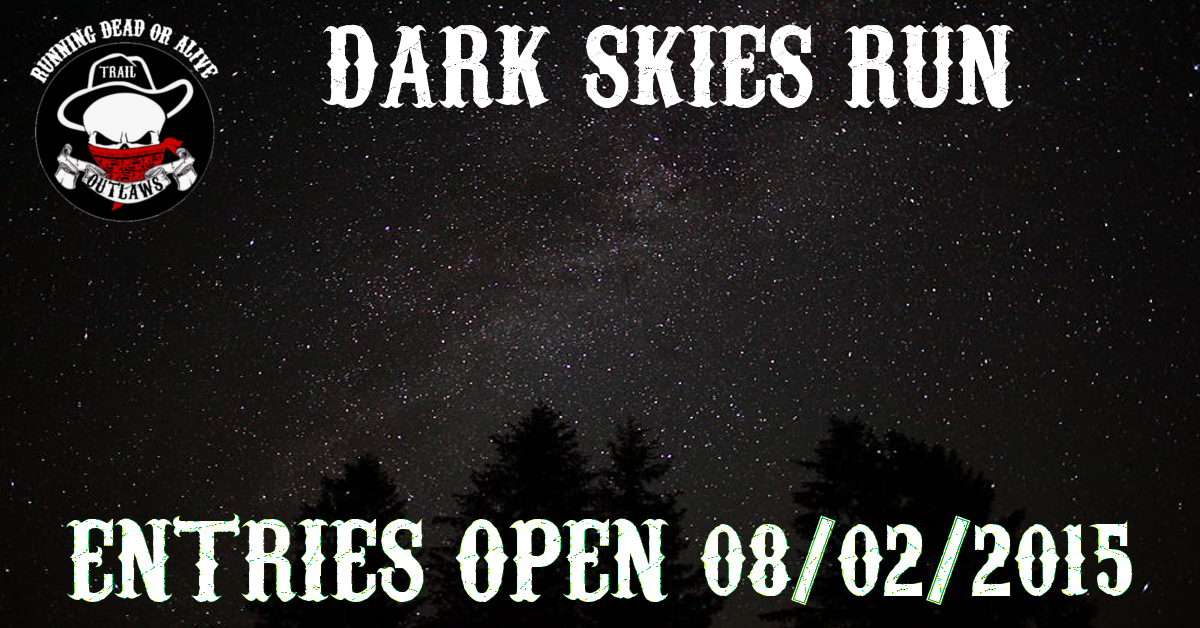 Trail Outlaws are celebrating International Dark Skies Week by giving you the opportunity to run a full lap of the Kielder Reservoir in deepest darkest Northumberland. This incredible night time running event will start just as day light is beginning to fade and will allow you to experience the darkest Skies anywhere in England as you run the stunning Lakeside Way Trail. The event distance is around 26.5 miles in distance and entries will open at noon on Sunday 8th February. Entries are strictly limited to just 300 in the inaugural running of this incredible event so we recommend early entry to avoid disappointment .  We are also giving two lucky runners the opportunity to win a FREE place in this event.  All you have to do is like the Trail Outlaws Facebook page and explain on the race ad why you think you should get one of the free places.  Competition winners will be announced at 9pm Saturday 7th February. See our website for further details. http://www.trailoutlaws.com/kielder.html
Posted by Tim at 10:11 No comments: 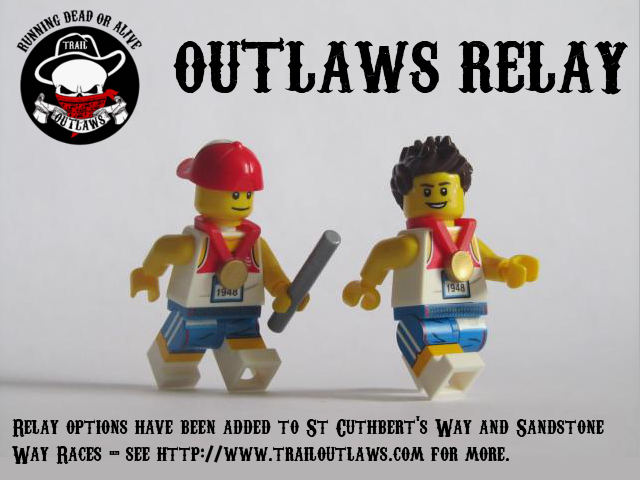 Not sure you are quite ready for your first Ultra, but love the idea of running on the trails in Northumberland? Then why not enter the St Cuthbert's Way or Sandstone Way Ultras as a relay team? You can cover distances of between 100km and 200km as part of a relay team. Please see our website for more. http://www.trailoutlaws.com/
Posted by Tim at 19:34 No comments: 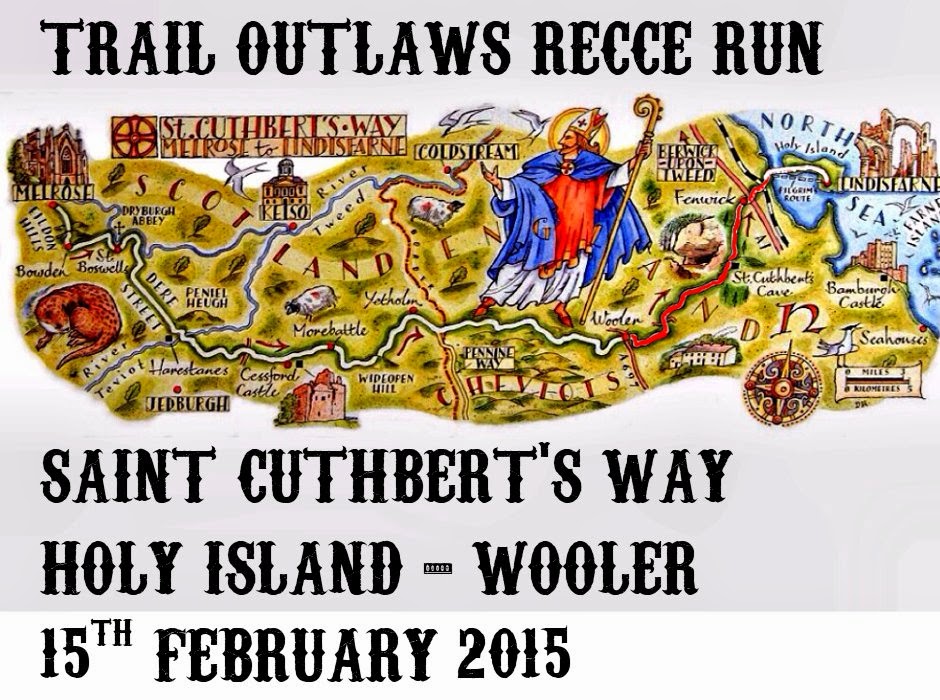 We are hosting the the first of 3 recce runs along the St Cuthbert's Way Trail on the 15/02/2015. The Recce is open to all including those not entered for the race yet. We need to split cars between those taking part with some cars being at Wooler and some at Holy Island.
We aim to start the run from Holy Island at 08:00. run distance about 16 miles. So one of the easier recce runs to take part in.


Any questions then please let us know.
Posted by Tim at 20:43 No comments: 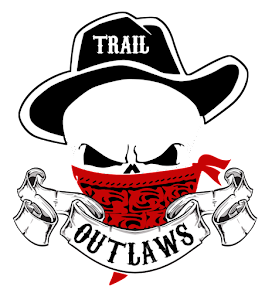